You created your warband, a group of rough and tough warriors and mercenaries, ready to follow you to hell for the promise of great riches. You gave them swords, axes, bows, armor and anything else that they might need. You are ready to step in the ruins of Mordheim…

As I already said in the previous post, Mordheim is usually played either as a single scenario, or as a longer campaign. I always preferred campaign play, because everyone in your warband gains experience and after each battle you can really see them improve and become better at what they do. 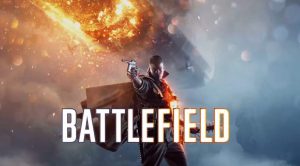 Regardless of how you like to play, for each skirmish or a battle you and the player (or players) you are playing against will have to chose a scenario. This is a very nice part of the game in my opinion. The scenarios make the game much more enjoyable and take it beyond the simple concept of “destroy the opposing side” to win.

There are 9 different scenarios in the main rulebook, but you can easily find a lot more on the web or even create some of your own. When selecting a scenario you can roll two six sided dice and consult a corresponding table, or you can simply agree on which scenario you would like to play. When playing a long term campaign, players will usually roll for each battle except if the battle is the part of the campaign story where a specific scenario is required to be played out.

Some of the scenarios include Defend the Find (in which one warband will have to defend a building or treasure against the other), Hidden Treasure (where the warbands will search for a great treasure during the fight), Occupy (some of the buildings on the battlefield have valuables inside them and you have to capture and hold them) and Skirmish (the regular wipe out the opposition scenario).

After the scenario has been selected, you can begin setting up your battlefield. This is done after scenario selection, because there might be some special terrain or features that the scenario will request.

Because Mordheim is a ruin of an once great city, most of the terrain that you will use during the battles should be different kinds of buildings, shacks, ruins, broken fences. Ancient forges, destroyed taverns, old windmills, city wells, everything can be used with ease. In Mordheim the more terrain and buildings that you use, the better! Because it’s a city, some streets will be narrow and dark, some will be huge with beautiful roads!

The buildings in Mordheim are not just for show and sight obstruction! Your soldiers (and all manner of creatures) can enter them, climb on the roofs, jump across to other buildings, they can fire their ranged weapons from the windows or drop on the heads of unsuspecting enemies. In Mordheim, the clever use of terrain can give you victory even if your warband seems poorly equipped!

Now that the battle is prepared, go out there and fight the fight for power and great riches! Just beware those rooftops, you never know what might drop on your head! Next time, I’ll tell you about experience and the advancement of your men!