Welcome to Table Top Hell, where gamers get to hang out with like-minded people and have a blast!

This site was founded by gamers for gamers. Our aim is to give back to games as much as they have given us over the years, and provide a place for people who love games as much as we do to gather together, share favorite games and perhaps play a game or two. We want to keep the tradition of cards, board games and other forms of games alive and know that there are many others who feel the same way.

Who hasn’t at least once in their life picked up a pack of playing cards and whiled away an hour or two either playing Solitaire or one of the more entertaining multi-player card games such as Poker, Euchre or Bridge? Most people have fond memories of at least one occasion where friends got together to share stories over a game of cards. With a pack of cards in your pocket you never have to be short of something to do for fun.

And what about board games?

Monopoly, Clue, Game of Life, Checkers, Chess and so many more! There are so many board games that have been produced 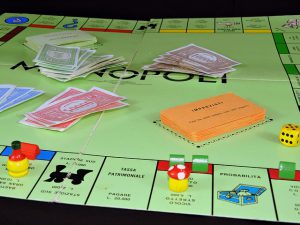 over the years that you could spend the next 10 years playing them and never run out of new games to try out. No camping holiday would be complete without at least one board game to play before calling it a night. Many of the classic games are now available in travel-size versions so you can even play while riding in the car.

We recognize that while games are primarily produced for children some games are enjoyed by just as many adults and that truly there is no age limit on playing games. Whether it is a serious game of poker or a fun night over a game of Monopoly it really doesn’t matter whether you are 8 or 80 years old, there is still a lot of enjoyment to be had playing games.

Adults who love the whole casino experience can now enjoy playing their favorite games online since the advent of online casinos and the best bonuses which you can find at bestcasinosbonuses.co.uk. Bingo masters can enjoy the thrill of bingo without leaving the warmth and comfort of their own living rooms now that Bingo games are readily available online.

Table Top Hell was started after a group of us were sitting around one night talking about some of the great games we played as children, and how so many kids today are born into a world full of video games. The idea to create a website that would provide a place for gamers of all ages to congregate online began to take shape as we came to the same conclusion that there needed to be somewhere for like-minded gamers to share their knowledge, experience and opinions about the games they enjoyed (and still do) playing.

Our aim for this website is to foster the love of games of all types. To encourage adults and children alike to rediscover the magic of playing cards, board games, video games and other types of games. You are never too young or too old to enjoy the magic of playing games.

2017 is an exciting year for gamers, with some of the best games being released throughout the year. The following 3 are what we consider to be the most likely to be winners with gamers everywhere.

– Whether you have been a Resident Evil fan since day 1 or new to this game you are going to love Biohazard! Released on January 24th Biohazard is available for PS4, Xbox 1 and PC. For those who may have been disappointed in recent releases prior to this one you will be pleased to know that Resident Evil has made somewhat of a return to its earlier form, being a classic fright-fest in a virtual house of horrors, the eerie Dulvey plantation. Unfortunately the most interesting enemy characters appear early in the game, with only one form of enemy strategically appearing throughout the rest of the game. Typical questing for certain items will provide plenty of challenge and fun while trying to survive the constant onslaught of enemies hell-bent on taking you out. Gamespot.com gave Resident Evil 7: Biohazard 8 out of 10.

– Follow up to Divinity: Original Sin, which proved to be one of the best role-playing games to be released in recent years, Sin II looks set to be just as good if not better. Released December 31st 2016 this game kicked off 2017 with a great start. Developers have improved on the first one with better graphics, a larger world and many more choices of class and being able to design a character from scratch. You can still elect to play one of the four main characters though, if that is what you prefer, and follow their storyline. For gamers who are clearly addicted to role-playing games Divinity: Original Sin II should be high on their list of must-have games for 2017.

– Released February 21st, Halo Wars 2 is a real-time strategy game, fast paced with plenty of unpredictable action. For single-players you can expect to get at least 8 hours of action before completing all objectives. This time-length allows for a few restarts of course. This game is not for the clumsy-fingered player however, as it takes some serious speed to manage to get your units where you want them. That being said, those that can master the Xbox 1 keypad sufficiently to insure they don’t suffer too many casualties at any given time should find the game entertaining and challenging enough to warrant spending several hours playing. Gamers who feel Halo Wars 2 is better played on a PC will certainly immediately see the advantage control-wise. The game is not without some glitches however, so if you are looking for something that will be smooth-playing without any hiccups Halo Wars 2 may not be your best option.