Saboteur – How to be a good Saboteur!

Hello everyone! Up until now I wrote mostly game reviews. How good a certain game is, what should you expect of it and all the basic rules. Well, today I’m doing something different. I’m starting a new series of articles where I’m going to give you some inside notes about games. I should warn you in advance, this articles will target players that already played a few games and now they’re looking for a way to improve their game play.

As the title suggests, first in the line is Saboteur. First game I reviewed here on TableTopHell.com and a game I played many times so far. Once again, if you’re not familiar with this game, you can get acquainted with it here and about it’s expansion (that I’ll also mention in this text) here. But if you already played it and you know the rules, read on 🙂 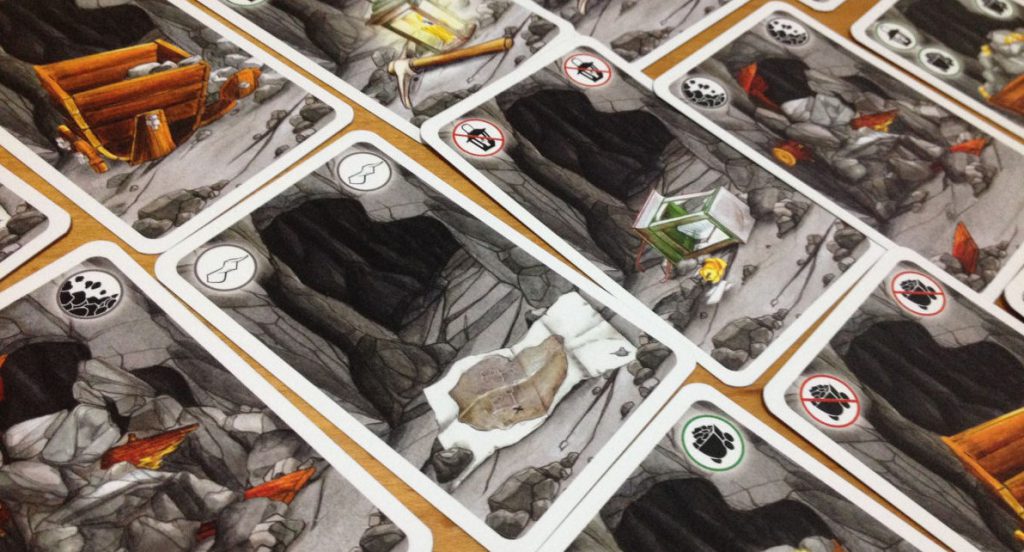 First off, roles. As you know, there are 2 roles in Saboteur: Gold diggers and Saboteurs, and your game play varies tremendously depending on the role you have.

If you’re a Saboteur – tough luck! Right off the bat I can tell you, playing in the role of Saboteur is far more difficult than the one of gold-digger. In the majority of the games there are only 1 or 2 Saboteurs. That means you’ll be on your own most of the time, or you’ll have only 1 companion on your path of destruction. In my experience, Saboteurs win only about 1/3 of the games and even that occurs when gold diggers don’t play united or as good as they could.

But there are still some tactics you can use to increase your chances of winning. The most important thing is – keep your identity hidden for as long as you can!!! Try to deceive them into thinking your the best gold digger there is. Accuse someone else of being a saboteur, and by doing that try not to accuse another real saboteur since he is your only friend. Best tactic is to accuse someone else (find a good reason for this so it wouldn’t look too suspicious) and then give him some “broken tool” card. Remember: only good dwarf is a dwarf unable to dig!

Don’t play dead end path cards to shut their tunnels at the sole beginning of the game. Once they know you’re a saboteur, you’re done. You’ll never lay another path card again. They will broke 1, 2 or even all 3 of your tools, or put you in prison for good. So, just remember to lay low. Try to build tunnels in the way that’s not suspicious but also by not going in the right direction. Best way to do this is by laying some vertical path cards leading left or right but not upward toward the gold nuggets. Use map cards to see where the gold is and then lead the path in another direction. Warning: if a gold digger also uses a map card and see where the gold is, he’ll know you’re a Saboteur!

But after all that, you’ll have to use dead-end path card sometimes. Timing is of utmost importance. Once you reveal your identity you’re done, so try to get the timing right. Another important thing: Cave-in card is saboteurs most potent weapon! You can use it even if you’re tools are broken so save this card for the end. Until then, it is best to build tunnels in all directions, and then destroy the path card that is surrounded with path cards on all 4 sides. That way, it’ll be the hardest for them to replace the destroyed card.

And remember – unlike diggers, all Saboteurs share the same amount of gold, so there is no need to fight amongst yourselves. Find your fellow saboteur and treasure him 🙂

Until next time, all Saboteurs of the world – unite!